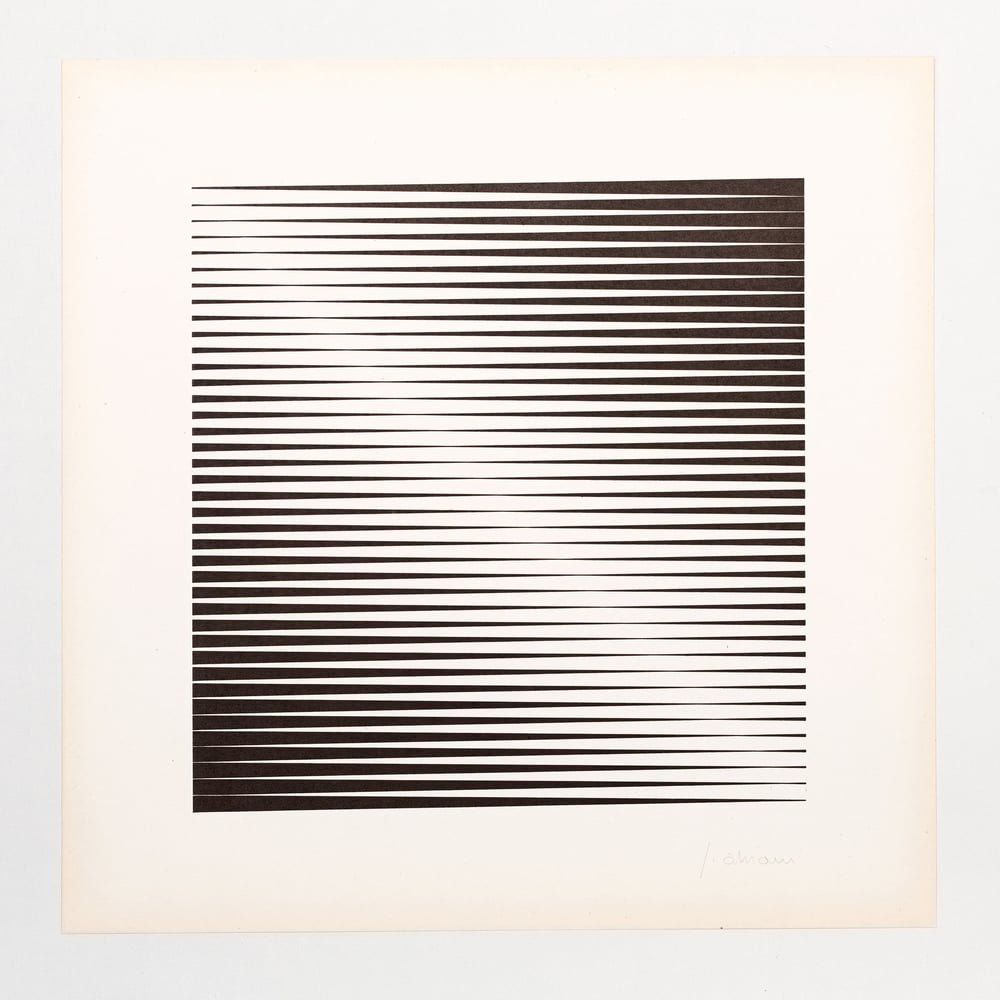 Biography:
1939 born in Udine, Italy
1960 Began the "Vibrating Texture Surfaces" in steel and aluminum which would become his best known works
1960 – 1968 Was part of Tendencies international movement and the GRAV Group (Groupe de Recherche d’Art Visuelle) in Paris
1960 – 1970 Prominent in Italy's kinetic art movements
1981 – 1985 Became the director of the Jesús Soto Museum of Modern Art in Ciudad Bolívar, Venezuela
1981 – 1985 Became a teacher and the chair of the Department of Painting at the Academy of Fine Arts in Carrara, Italy