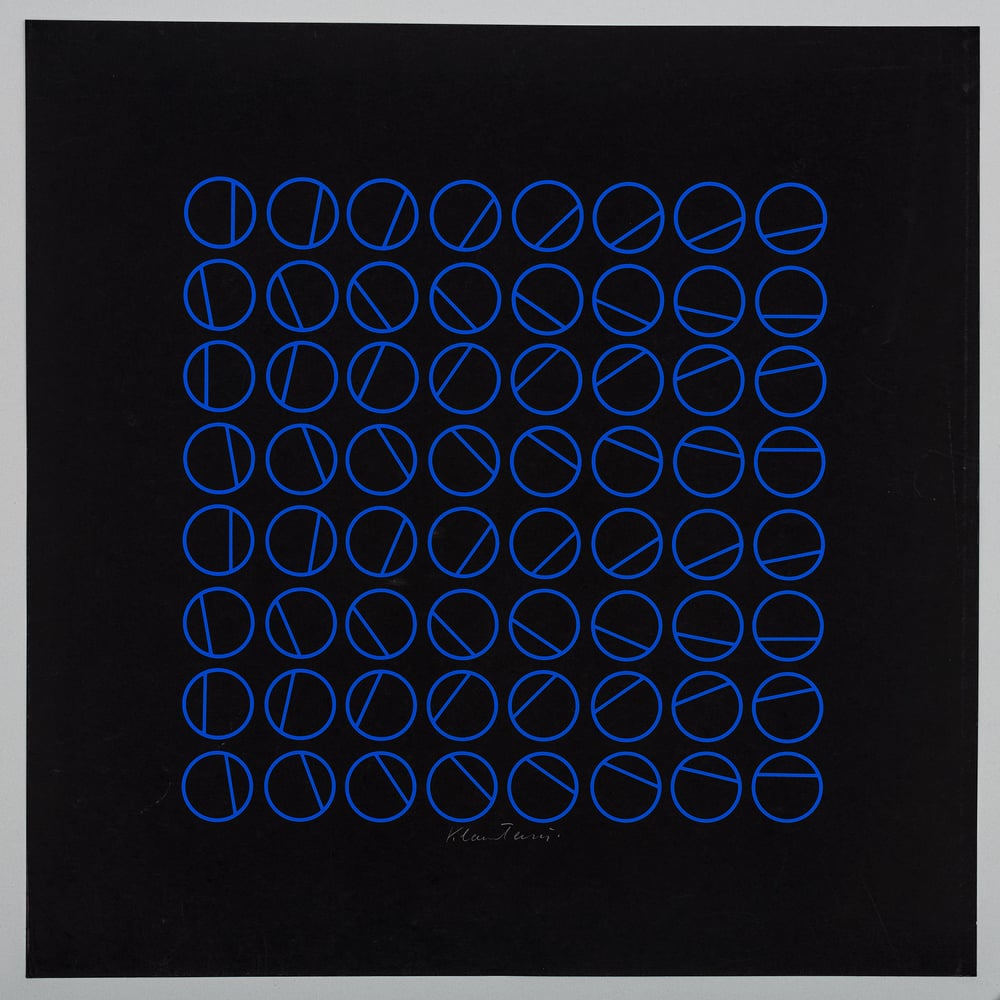 Biography:
Klaus Staudt was born 1932 in Otterndorf/Cuxhaven. 1954 he began to study medicine in Marburg and Munich. In 1959 he visited the documenta II and cancelled medical studies the same year. From 1959 to 1963 he studied at the Academy of Fine Arts in Munich. Together with Gerhard von Graevenitz and Jürgen Morschel he founded the galerie nota in 1960, an important base for artists of the ZERO movement. 1963 to 1967 he was master student of Ernst Geitlinger and Georg Meistermann. 1963 Staudt became a member of the internationally linked group Nouvelle Tendance. 1974 to 1994 he taught as a Professor at the Hochschule für Gestaltung in Offenbach. Since 1974 he was also the spiritus rector and curator of the collection of concrete art in Cuxhaven. Since 1964 he realized many art projects in public space, as the stele Dem Licht entgegen for the new headquarter of DaimlerChrysler in Stuttgart in 1990. In 2003 he was artist-in-residence at the Josef und Anni Albers Foundation in Bethany. Klaus Staudt lives and works in Frankfurt am Main.