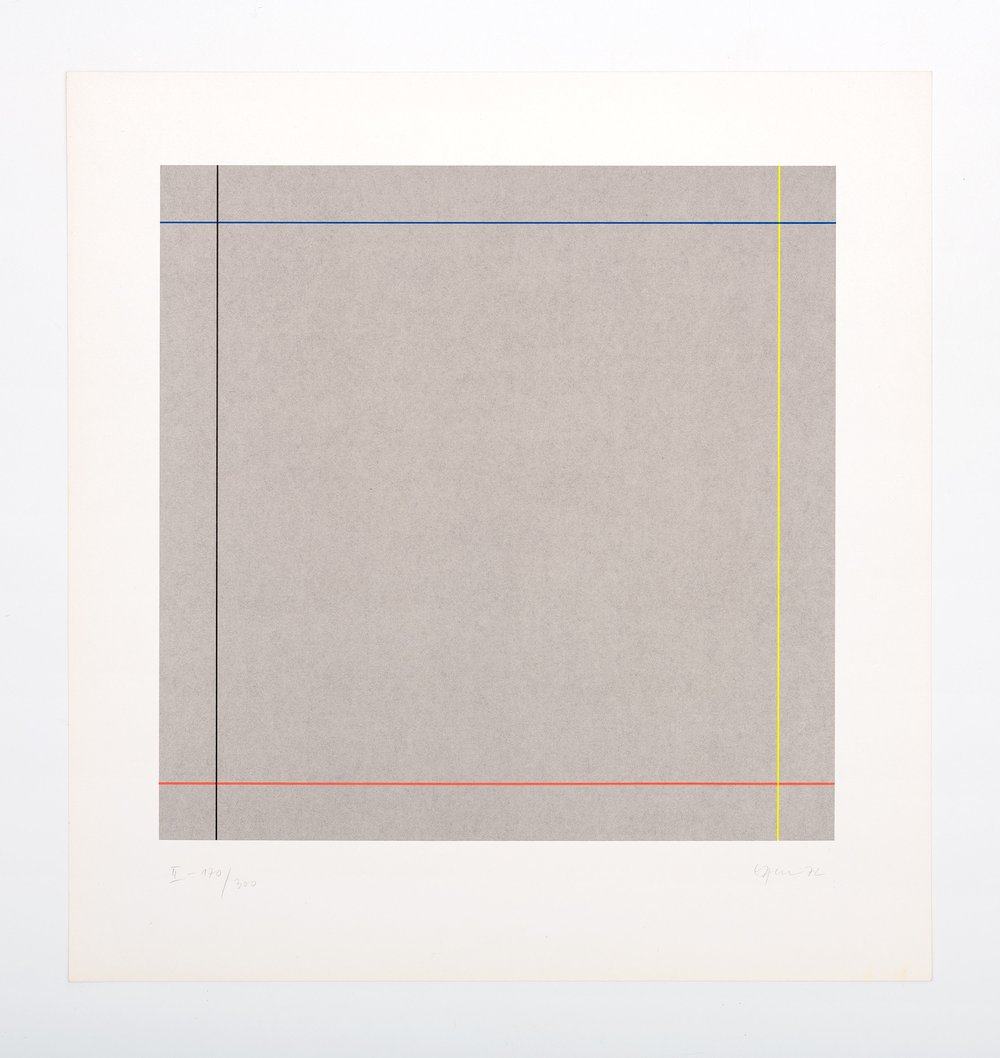 Biography:
Winfred Gaul was born in Düsseldorf in 1928. After an apprenticeship as a sculptor, he studied from 1950 to 1953 with Willi Baumeister and Mannfred Heinniger at the art academy in Stuttgart. In 1955 he joined the Düsseldorfer Künstlervereinigung Gruppe 53, which belonged to one of the nucleus of the German informal. Through his participation in documenta II (1959) and VI (1977), he also achieved a high reputation beyond the national border.
His works have been shown in numerous international solo and group exhibitions (e.g. "Gaul - Signaux - Signalen", 1967, Palais des Beaux Arts in Brussels; "Gegenverkehr", 1968, Center for Contemporary Art in Aachen). In 1964 he received the Villa Romana Prize. Gaul's works can be found in renowned, public collections such as the Museum Kunstpalast in Düsseldorf, the Museum Ludwig in Cologne and the Stedelijk Museum in Amsterdam. In 2003 Wilfred Gaul died in Düsseldorf-Kaiserswerth.